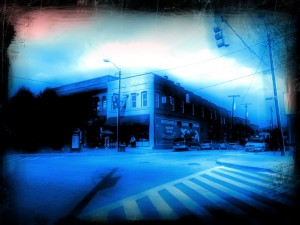 After checking details for weeks on facts from Reggie Griffin, 11, a Lincoln School classmate of Bobby Maxwell’s, they were deemed to be ‘false.’ FCV Chief Biff Jacobs said that all the details they checked on led to dead-ends.

“Nothing he told us turned out to be real evidence,” said Jacobs. “I don’t know why he did it, but it wasted our time and the taxpayer’s money to check out these trails.”

Bobby Maxwell, a 10-year old, disappeared last Halloween night. His body was never found. His friends said that he left the party early with a full bag of candy and that he seemed happy.

The Griffin family replied that they just wanted to help clear Reggie’s mind and get the story about the Halloween party, the last place anyone saw Bobby, off his chest. Not having been there, they believed what their son had told them.

“We thought we did the right thing to tell somebody who could look into it. Reggie was acting stranger than usual, and really wanted to talk to somebody about that night.

The Griffin boy, who has a twin brother named Alex, was apparently having problems in school, which he said were caused by lack of sleep. As Alex is a good student, Chief Jacobs surmised that Reggie may have been trying to divert attention from his poor school marks by making up a story about what happened to young Maxwell.

Unfortunately, it is now evident that the story led nowhere. The police say they have closed the Bobby Maxwell case for good.