Hollywood, CA August 25, 2013 – Robert Miano (Donnie Brasco), the Hollywood veteran, will play the character of Old Man Granger in Black Pumpkin Pictures’ horror thriller Bloody Bobby, helmed by AFI grad Anthony Hall (Mud Season). Ace Marrero (Madison County) will play the part of Will, and Jessica Morris (Role Models) does a turn as Crystal. Curt Clendenin, who started out his career with a part in the Blues Brothers, will be introduced, taking on the lead, Reggie, and his twin, Alex. It’s the story of Bobby Maxwell, a 10 year old trick-or-treater who is tormented and killed by bullies and comes back 25 years later on Halloween night to seek revenge. Anthony Hall says “The interesting thing about Bloody Bobby is that it is a reﬂection ofsome of the pervasive ills that haunt our society.”

Juri Koll is producing, and recently brought on Mark David as cinematographer. They worked together on the feature American Cowslip, A Venice Tale, and TV pilot Low Lifes, among several other projects. The story is by creator Ryan McGonagle, script by Jen Mathiason and Ryan McGonagle. There are several other scripts in this series being readied. As Mr. Koll says “I got into this because I loved the story – it’s a unique horror story with strong characters – nothing cliche about it. What makes it even better is that we’re looking at a solid franchise.”
Filming is expected to take place at Valuzet Ranch, in Saugus, California, beginning in October. 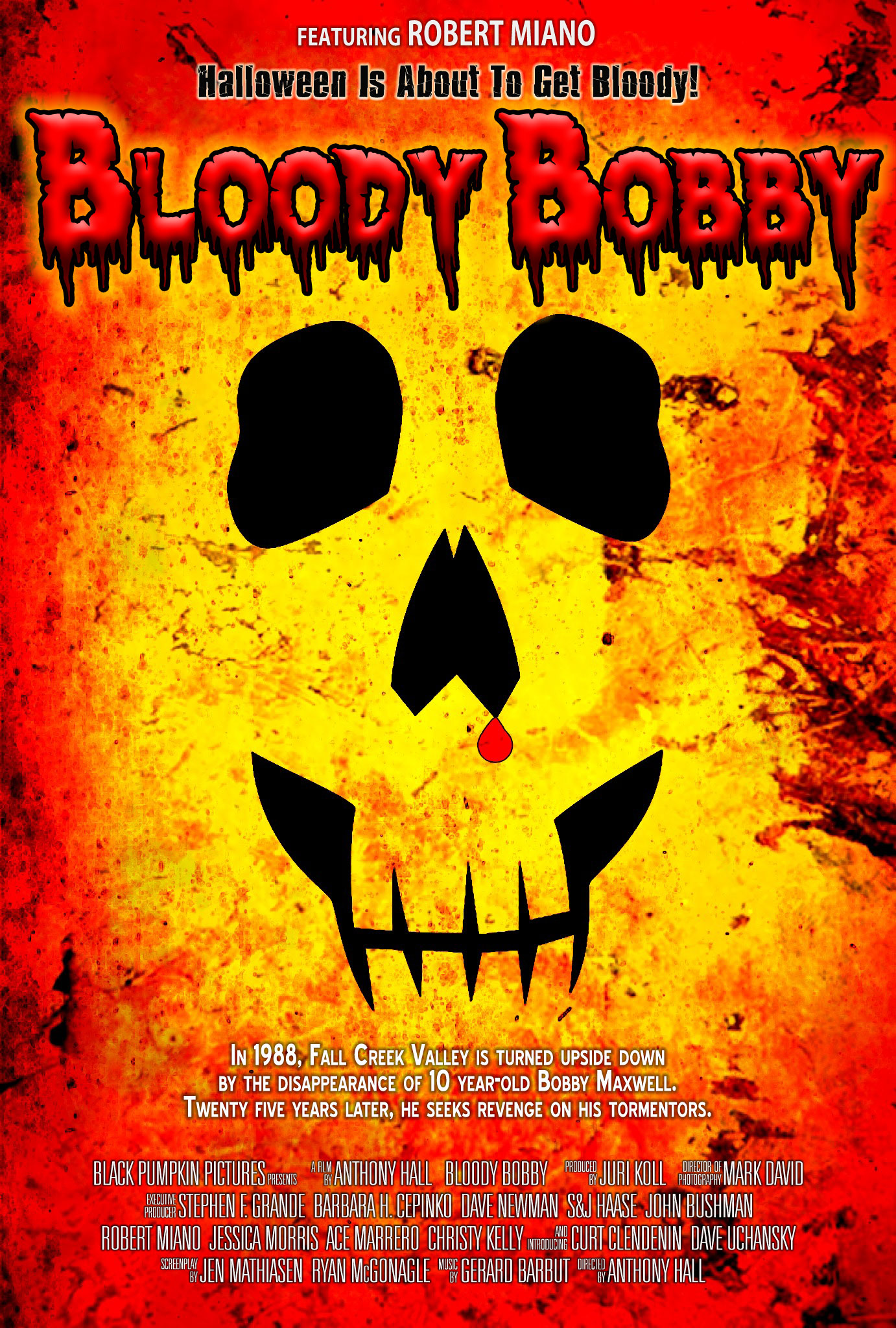